Online school was over-all okay. Even though I found it very relaxing, I still prefer normal school. Something that rocked is that I was able to wear my jumper on top of my PJs.

Something that stuck is that we didn’t have to remember what uniform to wear. I will have to get use to remembering!

Something that I will be glad to leave behind is the loneliness. 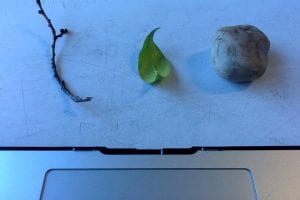 Online school has been quite fun today. I really liked doing maths with my friends and learning about the history of Canberra.

I hope you enjoy this video!

Hope you enjoy my video!

Here is my link to my video!

This is my Pirates of the Caribbean theme song that I made on the chrome song maker!

This is a survey posted by Aahana to view your opinions on music. Please leave your answers in the comments.

3.  Who is your favourite band/ singer?

4.  What is your favourite song?

Go to this link to see what I am rating.

In my opinion, number one is is the least helpful because it is talking in texting language and is not mindful of spelling and grammar.

I think that number three is the the most helpful because it is simple and clear and it shows her interest in the particular topic.

Rating- Least helpful to most helpful

Suddenly, a light flickered on in the distance. I thought it was just a reflection on the ice but  it started moving towards me. Now, I was really spooked. What if it was some axe murderer? What if it was a ghost?

I picked up a jagged stick, pointing it clumsily at the light.

“What in God’s name are you doing here?” screamed a voice. “And why are you pointing that stick at me? Put it down!”

After all that yelling and confusion, I finally realised the voice belonged to an old wood-cutter who lived in the woods with his wife. He lead me to an old wooden cottage that would work better as a horse stable. Anyways, I was already exhausted from stumbling through the snow so I decided I would make an exception to sleep there. Despite the crumbling surrounding, I slept quickly.

Welcome to your brand new blog!

This is a sidebar and can be changed in Widgets in your dashboard.

You can also modify number of sidebars in theme options!